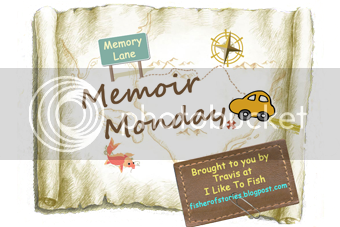 Seven out of my bazillion years of life were spent living in the "Burbs" of a town in Minnesota...small town...with lots of lakes. I always longed for the country and would go to my Grandpa's farm. He is such a great man...both he and my Grandma are in their 90s and living strong. They were my rocks as a kid.

Grandpa would always get right into all the dirt with us kids. Salamanders, snakes, mice....yeah...the mice...in the corn bin. For those of you who have never been in a corn bin with 40 or so schizophrenic mice...you are missing out.

Of course only about 20 would fit in one of those big plastic ice cream buckets that came with the milk and the milk man delivered them back then. Yes, dating myself. I had to bring them home to show my dad who owned a hardware store back then.

Arriving home, I was so proud. My mom screamed bloody murder and told me to get those (&#*$(*@& things out of the house. In horror, that was the first time I ever heard my mom cuss. Because she doesn't. So I was mortified that she did not approve of my pets. And I still had to show my dad. Mom was in the least bit happy with Grandpa. He laughed. A lot. He is so cool.

Anymickey, I went off to the neighbors with my bucket-o-mice to brag about my new found friends. Mr. Nelson was one of my favorites. Yeah, back then...I didn't know anyone's first names. My parents would have killed me. So, Mr. Nelson was so awesome and he had older kids, so he liked the little ones like me because I was cute back then. And so were my mice. His wife always had cookies for the neighbor kids. And NO he was NOT a chimo.

He was working in his garage. I said, "Mr. Nelson!" He turned around with a big smile and asked what I had in my bucket. So, I put the bucket down and opened the lid. It was like popcorn...the little buggers were hopping around. They were so cute. Mr. Nelson was proud of my hunting escapade and patted me on the head. Then he asked me to come inside for cookies with Mrs. Nelson...to leave the mice in the garage.

Excited about cookies. I did just that and...tripped...over my bucket-o-mice. They fled like prisoners stuck in Alcatraz for decades. Everywhere. In his nice garage. And the house door was open. And they went there, too.

I did what any good kid that was about to get their ass whooped would do. I held my bucket and balled and screamed at the top of my lungs...

Mr. Nelson panicked and told me everything was going to be OK. His wife came out and gave me a hug and brought me inside the house. Who does that? I would have killed someone if a bazillion farm mice got into my garage and house. Anyhoo...I got some really good chocolate chip cookies, milk, and Mr. and Mrs. Nelson got a story for life. Because even today...I hear about that story every time I go back to visit. Only I bring cookies now...and the mice stay at the farm...with Grandpa.
Posted by Momma Fargo at 1:49 PM

Mr and Mrs Nelson sound lovely - don't think I would have been as forgiving!

What great neighbors! I wish my kids had that kind of people to bond with. All we got around here is cranky people!

In all my life I have never met anyone who would hugged me and gave me cookies for letting mice loose in their house. The Nelson's are quality people - as is grandpa and grandma. Why can't poeple be like than now?

The Nelson's are quite nice people.
I wish I had neighbors like them.
Betty xx

They are great people. Midwesterners rock in kindness.

Ahhh the milkman yeah I remember him too... :)

That story is priceless... I can't say that I had any neighbor that would have hugged me and gave me cookies for that one, of course I wasn't a cute little girl either..

Cute story! I'm glad you were forgiven. I think it's easy to forgive little girls who like to carry buckets of mice around.

My daughter gets away with so much more than my boys.

Oh, I would so freak out if those mice ran into my house!

Too cute!~ Sounds like the leave it to Beaver family the Nelsons, they just do not come like that anymore...you can't invite kids in for cookies, you would get arrested!!~ You sounded cute for sure with your bin of mice!

I had a great neighbor too. They were childless and wanted us to come by almost any time. I learned how to bake and play cards at her house, and also how to be a good neighbor.

I don't know what would have happened with the mice, though . . . and I would have screamed like you, hoping to avert the spanking!

Ha, fun story to read. Not so great to be a character in that story though.

That is a fabulous story. :-D

Aw...how sweet. You lived next to The Cleavers. Only different, cause they were The Nelsons. Oh..you get what I mean!

We had pet mice. My son assured me they were both female. He has since figured out the differences between boys and girls thank goodness but his little error left us with a litter of 8.
I called the pet store to see how long we had until she could get knocked up again and the guy told me 4 or 5 hours...not days...hours. Ooops too late. Add ten more cute little buggers to the mix.
I really should post about this.

They are sweet people.

Girls do get away with certain things and they know how. LOL.

Me too. For some reason, I am scared of mice now.

Yeah, society has changed. I was a cute little whipper snapper...always something. LOL>

You are right. Happy Days! Great show, too. LOL.

You are right. I think I am still paying for that clutzy move...in cookies. :)

It is a funny memory. And the Nelsons are so nice.

LOL. I get what you mean.

Oh my. A bazillion mice. YIKES> you should do a post.

I know you are laughing because it was something you probably would do...now days. LOL. :)