It doesn't really become final until you hear the gunshot. I flinched.

It wasn't the first time I had to say goodbye to an animal that was part of my life for so long.

How does the guilt and sadness pass when you put down one of your pets of 17 years? The tears come and go at inopportune moments. Guilt passes, then floods back.

Somehow I don't feel like it was his time, that maybe I pushed the issue.

My friend was kind enough to do it for me and he had hunted with Magnum in the past years, so it was hard for him as well. His wife hugged me as I cried.

It was a warm night, the moon shined bright, and I hugged on Magnum until I had no choice but to let him go and make myself leave. Deputy Bart buried him facing the river as that was his favorite place to adventure out and I often found him snooping around by the river when he stayed out past his bedtime. He acted like a teenager the last few days, but I knew it was the last "hoorah" before he really crashed. Had it not been for his incontinent senior moments and grey face, no one would have known his age. He outlived his expiration date for sure. 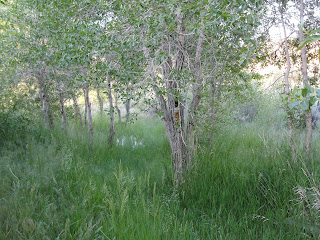 Magnum used the river like a lap pool and was a great hunting dog. In fact, the year before his last, he swam against the river and then floated down, swam back up, floated down, and eventually got out on the road and waddled back to me. It was the happiest I had seen him. 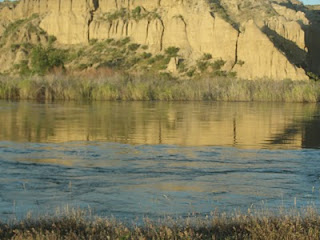 Always happy, always faithful. His registered name was Magnum Force but I called him Old Man the last few years...120 pounds of pure muscle, and the oldest black lab in the family. He was a good companion.

Geez, it's easier to get hit in the head with a baseball bat. Beat me.
Posted by Momma Fargo at 1:41 AM 18 comments: