Put Your Left Foot Out

I am full of joy, Master Chief!

Not really. I do feel Satan is leaving my body, however. 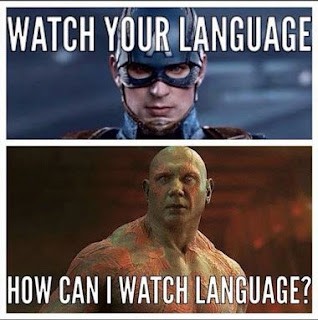 So what gives? Nothing. Nothing gives except time. Time to dissipate anger. I passed it around. Everyone near to me is so happy with this and you're welcome.

In the news? It's quite gloomy out there. Fires. Riots. Protesters yanking tree lights off Christmas displays. Shootings. Knifings. Crazy shit. And the leftists blame it on the right. Let's take a poll and find out how many of those suspects are Republicans. Oh, snap. Fargo is full of snark. Is it true? Is it true that Satan has been driven out and our old Fargo is appearing?

I don't know. I still feel some fiery anger in there. It makes me frown a lot while I walk around.

But I would wager a banana salad and a coffee those folks up there creating some issues going beyond just peaceful protesting... are mostly undeclared, Independents, or Democrats. Mostly leftists.

The Faceplant has been so full of daily rants and ridicules. I have never heard of so many people defriended their family and friends over someone they have never met or invited over for dinner. So..you just exorcised Aunt Mary from your Facebook friends because she voted for Trump? You just defriended five friends because of their daily Democrat rants? Really? We have grown such thin skins. It might be age at our stage in the game. THEY say skin gets thin as we grow old. Anyway...wow. You could just click on the notifications and not get them in your newsfeed or ignore their tantrums and political rants. Just a suggestion.

I like to stir them up. Put my two cents out there.

It's quite interesting. I find it a good study of human behavior.

Many of my friends still seek out their safe spaces. Meanwhile, I am eating popcorn and drinking wine and enjoying the shit show.

Who let the dogs out? Roof. Yeah. We are not only talking about pets...but MAD DOGS. On some chaotic news of epic glory....Trump is nominating Mattis. I hope he gets an exception. I like the guy. I don't know him personally, but I like him for that job. I think part of that position is you have be super intelligent and up to date on military innards and outtards and all that jazz but also a bit ruthless. I think Mattis is a nice ruthless. He does it in a diplomatic hard stance way.

And the voter recount thingy? Nicccceeee. What a waste of millions of dollars. Could have done some real good for charity work. Isn't it funny how millions get thrown at stuff like that, but we can't get our own country out of poverty. Hmm...

Still to this day, there is a division and it still gets fed by the media and accelerated to epic proportions. The anchors bring out their party colors and if studio materials weren't made well, I would expect to see things destroyed in tantrums, rage fits and throw downs, or pencil slamming.

Enjoy the show. This is free shit we don't get every day.

Momma Fargo:
First off...love that opening meme!
(it's a keeper)
---Yeah, the world's SURE got it's share of bat-shit crazy out there...in EVERY "flavor"!
(didn't see ANY conservatives causing all the shit, though...wonder why that is?)
---Maybe PHYSICALLY, our skin gets thin (wow, I can see ALL my veins now), but actually, I think we "less than young except at heart" folks just get PO'ed at ALL the damn STUPIDITY running rampant.
(yeah, but cake helps with that...and wine)
---I heard about Gen. Mattis...reminds me of PATTON.
(sure, we can use one of THOSE kinda military types)
---Check out KOHL'S as well for Fargo shoes...they also have a sale.
---I'm hoping all these media "spoiled brats" tire themselves the hell out. They need nap-time.
Then, WE can get back to NORMAL type stuff, right?

Have a great weekend & roll safe down there, Kiddo!

I am glad to see the Fargo we know start peering out of the doldrums, A happy Fargo is a snarky Fargo. I have unfriended no one even my batshit crazy liberal friends...although I use my blog to vent so I present a polite exterior on Facebook. Keep popping the popcorn, down an adult beverage and enjoy the show of the liberals imploding....or am I mean for saying that?