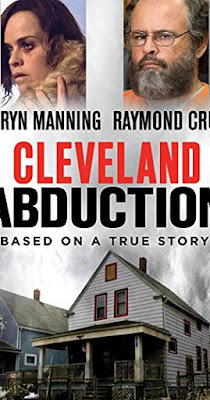 While I love, Raymond Cruz, I almost didn't recognize him in this movie. And he was nasty as Ariel.

If you really want to understand only a FRACTION of what victims go through...then watch it. If you have been a victim of a personal crime...then I say...maybe not a good idea. If you love animals...don't watch it.

The movie left me scarred, but it will callous over. No worries.

Did you ever watch Tom Cruise in The Fourth of July? I only have watched that movie once. That should set the stage for this one.

Same effect as House of Sand and Fog. There is no reason to watch it again.

Anyway...it also left me rallying again for the victims.

There is so much more work to be done to help any victim of any kind. Remember that. You don't know what they have been through. Each victim is different.

I want all victims to be survivors and not victims. Bless their hearts.

Don't start me on Ron Kovac, the whiny little shit. He came home damaged, but the majority of his story is bullshit. He has PTSD and is all pissed off about being a cripple, so he decided to make a few million dollars about shit he never experienced.

I know vets who were damaged from Vietnam, Korea, and Afghanistan, and they are doing just fine. PTSD, yes. Mad at their situation, kinda. But they will tell you, what happened to them they knew was a possibility, yet they served.

As for the movie, Cleveland Abduction, I'll watch it and see why you are upset about it.

The really frustrating part is when you have "bad" victims. They've been righteously wronged but through inebriation, bad choices, or hatred of the po-po actively prevent you from being able to help through Arrests and prosecutions.

Meanwhile the movie reminds me of the Pearleman video or any of the Isis executions. I hate every second of it, but I will watch it, because I refuse to be blind to the darkness in our world.

Coffeypot...I know about Ron Kovac. That's part of why the movie made me mad. It was full of conflicts in my mind.

Christopher Phelan...I agree it is hard to be sensitive to bad victims. I understand what you are saying. Saw them often.

Momma Fargo:
I guess when it comes down to it, in life we can ALL be victims at one point or another.
We're just the FORTUNATE ones who don't have the level of violence or depravity that manages to lay it's icy fingers on us.
There are also those who seem to do everything to BECOME a victim (co-dependency issues and the like).
Much harder to help them.
How we react to victimization in whatever form helps us to help others, especially those who cannot help themselves.
It's survival of the mentally fit, I suppose.

Stay safe down there, Kiddo.