I bet you are all excited that I am trying to post only once a week so that I don't totally bore you to tears. Well, maybe that was shooting for the moon.

Nancy Pelosi about spun off her chair on several interviews trying to spout and shout that the memo should not be released to protect names and reputations. I think I watched her go full on crazy. Um. If they did bad, why are we protecting them? Asking for a friend.  Must be some really bad stuff.

So where is FBI Director Wray in all this? Quiet. I think he operates that way. He didn't say it was reckless...out loud. But then the FBI The DOJ said it would be. In fact, to CBSNews..."Assistant Attorney General Stephen Boyd told House Intelligence Committee chairman Rep. Devin Nunes in a letter Wednesday that releasing a memo prepared by the committee's staff alleging abuses at the Department of Justice and FBI would be 'extraordinarily reckless.'" 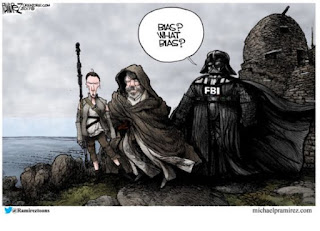 Meanwhile, Sessions (lurvehim) made an announcement on crime and opioid crisis today stating murders have gone up 20% in 2015 and 2016. Not acceptable. Scary, actually. Many people might not look at that number as significant. However, it is. Another interesting fact, he said many professionals are being charged in the drug battles, pertaining to the opioid problem...an alarming amount of doctors. Turds. Gah. We will never win the drug war.

School continues to take up my life. I have to be very picky about time management and pretty much do not have a life, but spend most of it at the university. I keep telling myself I am almost done.

It's going to be worth it, right? 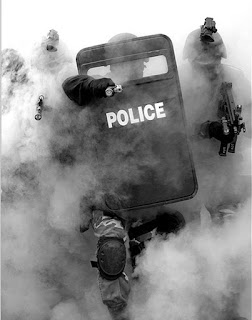 In the news of that are of police and law enforcement, here are my recent articles at Law Enforcement Today. First a serious...then a funny...

Good morning! It's 55 degrees today. Once again winter and spring are dueling it out for residency. If you think they are confused, try talking about it to the hibernators or the great people of this are. Oy. 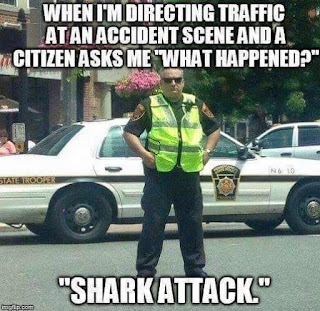 The flu and other bugs are bad this year. So far, 79 flu deaths in Indiana. The Independent reports At least 759 people died in the US between 7 October and 23 December 2017. That's scary. The latest news is at least 100 are dying in the US each week because of the flu virus. Egads, Batman! Most people are poo-pooing it and I think it is something to pay attention to. I got a flu vaccine before Christmas. Not sure if it will help, but worth a try. I do not want the nasty stuff. When I get sick, I am usually down and out.

But back to the weather. I wonder if it contributes to the flu epidemic.It might mess with people's immune system, making them more susceptible to getting something catchy. And unfortunately, the flu is catchy.

See, winter kills bugs...bugs outside, bugs inside, bugs in cracks, bugs in the ground, bugs on the outside of a house, bugs in a cold barn. I'm OK with that. But I do not think that pertains to viruses of the human kind, but maybe it does. Scientists say it would need to be very, very, very cold. What does that mean? Antarctica? Nothing survives there except ice. Maybe we should station cryogenics there. Wait. What am I even saying?

Kabul saw a recent attack in a hotel over the weekend where guests were sprayed with bullets. Several dead. Then, France charged a man for planning an attack. Yet, another high alert terrorist warning in Thailand with the growing insurgency. Geez. I think no where is safe. Well, in actuality you could be targeted anytime or in the right or wrong place at the right or wrong time. 2017 rough statistics:  1,134 attacks, 7,656 fatalities


Here is another map, this one from WaPo:

Police news everywhere is usually doom and gloom which you can locate on your own. So in this case, I am going to share a viral Tweet from the Sioux Falls PD. It's quite hilarious.

Yes, let's end it with that funny note. Have a great week!